Jeremy Corbyn, leader of the UK Labour Party, has vowed to halt all weapons sales from the UK to Saudi Arabia if he wins the general election on June 8.

Speaking at the Chatham House think-tank on May 12, Corbyn outlined a set of foreign and defence policies that are starkly at odds with the position of recent UK governments, including the current administration under Prime Minister Theresa May.

In a wide-ranging speech he said arms sales to Saudi Arabia would cease. While lucrative for British and American defence companies, the sale of weaponry to Riyadh has become increasingly controversial, given the way Saudi Arabia is conducting its military campaign in Yemen.

“Labour will re-examine the arms export licensing regulations to ensure that all British arms exports are consistent with our legal and moral obligations,” said Corbyn. “This means refusing to grant export licences for arms when there is a clear risk that they will be used to commit serious violations of international humanitarian law. Weapons supplied to Saudi Arabia, when the evidence of grave breaches of humanitarian law in Yemen is overwhelming, must be halted immediately.” 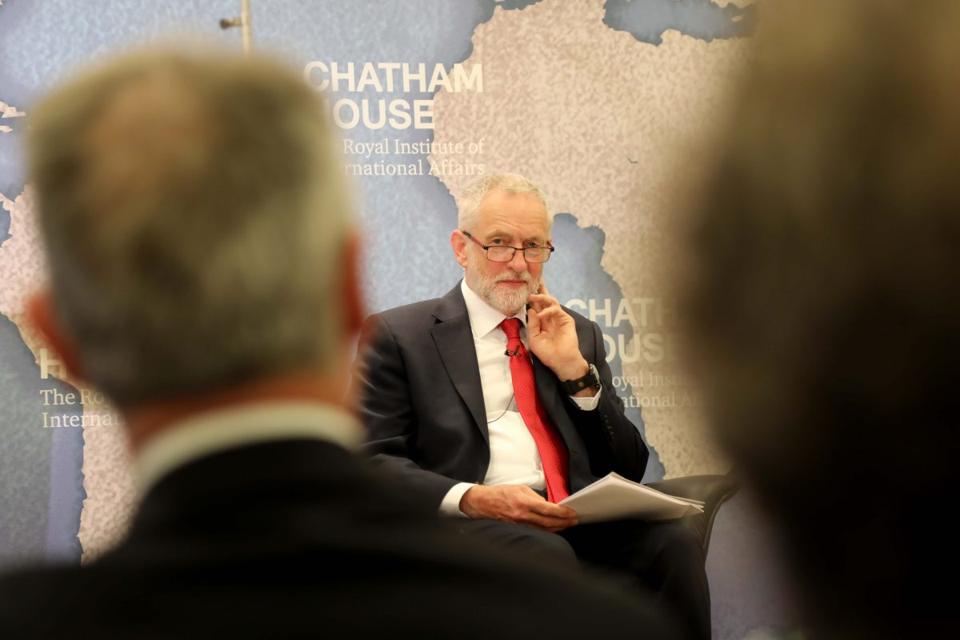 Jeremy Corbyn, leader of the Labour Party, prepares to give a speech on his party’s foreign and defence policy at the Chatham House think-tank, during the 2017 UK general election campaign.

Corbyn also vowed not to launch bombing raids in Syria, something which he claims Conservative Party leader Theresa May is intent on if she forms the next government.

“In this election, it’s become clear that a vote for Theresa May could be a vote to escalate the war in Syria, risking military confrontation with Russia, adding to the suffering of the Syrian people and increasing global insecurity,” he said. “When you see children suffering in war, it is only natural to want to do something. But the last thing we need is more of the same failed recipe that has served us so badly and the people of the region so calamitously.

“Every action that is taken over Syria must be judged by whether it helps to bring an end to the tragedy of the Syrian war or does the opposite. Even if ISIS [aka Islamic State] is defeated militarily, the conflict will not end until there is a negotiated settlement involving all the main parties, including the regional and international powers and an inclusive government in Iraq.”

Corbyn also said the UK would toe a more independent line on foreign policy issues and, where necessary, distance itself from the US. This is in line with a recent report from the House of Lords, the upper house of the UK parliament, which urged the government to develop a new approach for the Middle East and decouple itself from the “unpredictable” policies of US President Donald Trump.

“Britain deserves better than simply outsourcing our country’s security and prosperity to the whims of the Trump White House. So no more hand holding with Donald Trump,” added Corbyn, with a rather unsubtle reference to May’s visit to the White House in January, when she was seen taking him by the hand as they walked down some steps.

At the heart of Corbyn’s speech was his desire to make the pursuit of peace a central goal for the UK. Indeed he said his party had created the position of Minister for Peace, who will work across the Ministry of Defence and the Foreign and Commonwealth Office.

“The best defence for Britain is a government actively engaged in seeking peaceful solutions to the world’s problems,”  he said. “But I am not a pacifist. I accept that military action, under international law and as a genuine last resort, is in some circumstances necessary. But that is very far from the kind of unilateral wars and interventions that have almost become routine in recent times.”

While his speech is likely to go down well with his supporters, the policies Corbyn espouses are unlikely to be put into action – with less than four weeks to go until the election, his party trails far behind the Conservatives in the opinion polls. According to most analysts, May is set to win a large majority of seats in parliament. 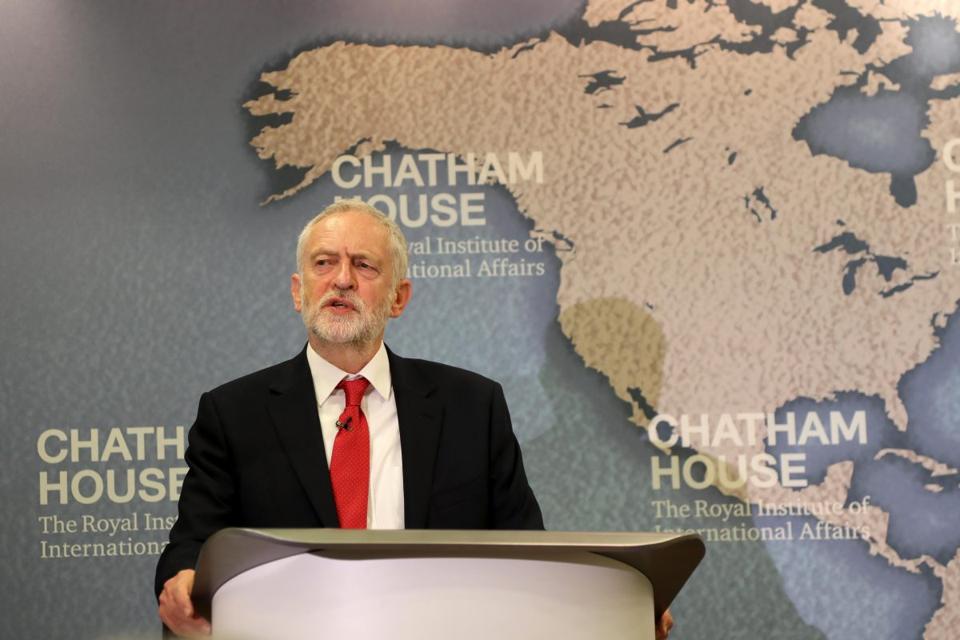 Jeremy Corbyn, leader of the Labour Party, giving a speech on his party’s foreign and defence policy at the Chatham House think-tank, during the 2017 UK general election campaign.

Dominic Dudley is a freelance journalist with almost two decades’ experience in reporting on business, economic and political stories in the Middle East, Africa, Asia and Europe.