Before commenting on what may have happened at the last meeting of the Bilderberg Club, and because the independent press offers so little information about such meetings at the moment, I think a little introduction to this group is necessary by formulating some of the ” questions Informative “(wh- questions) to understand what kind of meetings we are debating:
They began to meet in secret in 1954 at the Hotel Bilderberg , in Switzerland , hence the name adopted by this group. Its members comprise a higher echelon of society; The most powerful and wealthy figures in the fields of academia, politics and business.

Among the founding groups were the tycoon David Rockefeller and Prince Bernhard of the Netherlands, both leaders of the oil industry. 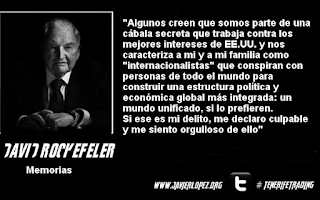 Today, this old institution must deal with a climate that has become more aware of its existence, thanks to a new wave of investigative journalists with experience and various documentaries. 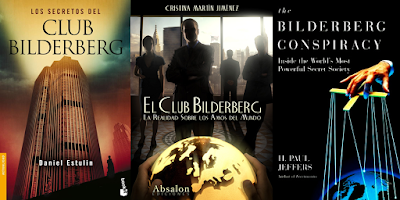 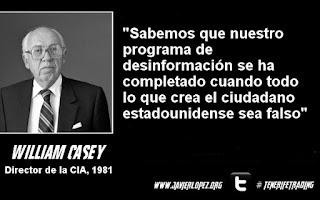 The rendezvous came at a meeting in the White House’s Roosevelt Hall in 198 1, a meeting attended by William Casey himself and newly elected US President Ronald Reagan.

Reagan asked Casey what the CIA director’s goal was to achieve and the answer to the question is already part of the history of the conspiracy world :

The appointment was picked up by Barbara Honegger , Assistant Principal Of internal politics of  Ronald Reagan.

By their acts you will know them, One of the main functions of intelligence agencies is to shed information through the media with the aim of infusing false beliefs among citizens.

They should not ignore this phrase and always keep in mind that one of the major objectives of agencies such as the CIA is to get EVERYTHING in what we create, a big lie …

Summarizing and reaching the following conclusions: Who meet?

Shrouded in the shadows of the light of public scrutiny, these emperors of industry began to form their own agendas, and exert their immense power and resources to redesign the world according to their plans.

Read more: Bilderberg to Meet in Virginia This Year