US President Donald Trump has ordered preparation of all possible options in order to protect the United States and its partners in the light of sending US Navy strike group to the region, US National Security Adviser Lt. Gen. Herbert McMaster said in an interview with the Fox News broadcaster. 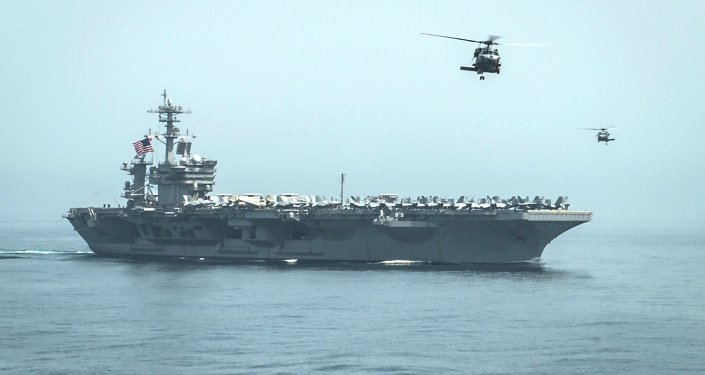 MOSCOW (Sputnik) — On Saturday, the US officials announced that aircraft carrier strike group was sent to the Korean peninsula amid rising tensions with North Korea.“The president has asked to be prepared to give him a full range of options to remove that threat the American people and to our allies and partners in the region,” McMaster said, referring to North Korea.

As the North Korea has recently carried out a number of nuclear missile tests it is “prudent,” for Washington to send the military strike group to the region, McMaster added.

“Well, it’s prudent to do it, isn’t it? I mean, North Korea has been engaged in a pattern of provocative behavior. This is — this is a rogue regime that is now a nuclear capable regime, and [Chinese] President Xi and President Trump agreed that that is unacceptable, that what must happen is the denuclearization of the Korean Peninsula,” the official underlined.

Since the beginning of 2016, North Korea has carried out a number of missile launches and nuclear tests, prompting worldwide criticism. As a result, the UN Security Council tightened the sanctions regime for North Korea in an attempt to force Pyongyang to stop ballistic missile launches and nuclear tests, including imposing a measure intended to affect the country’s trade, export of natural resources, arms trade and the banking sector.

On Wednesday, North Korea reportedly launched a ballistic missile from Sinpho, South Hamgyong province, in the direction of the Sea of Japan.

On Sunday, Victor Ozerov, the chairman of the Russian upper house defense and security committee, said that sending US Navy strike group to the region might push the leadership of North Korea to make rush actions. The US forces might even carry out a strike on North Korean military facilities, the Russian lawmaker stressed.