On the eve of the presidential election in France, the media increasingly repeat the same mantra – “Just not Le Pen.” However, columnist for Die Welt Klaus Geiger believes that the defeat of the leader of the National Front won’t lead to a happy ending. 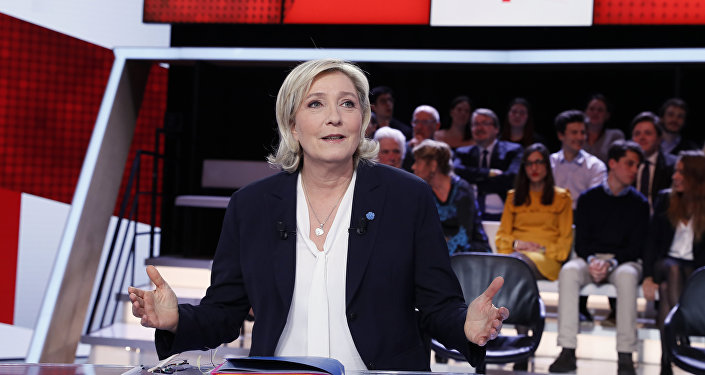 Where is the Love? Trump Praises Le Pen, But She’s ‘Saddened’ by His Bombs

“After a victory of Macron or Fillon, France, Germany and Europe in general will win nothing at all,” the Geiger wrote. “They will be given five years. Five years until the next French presidential election, in which voters will want to see a proof of why the EU is a better alternative to a national state,” he noted.

French voters will cast their ballots on Sunday, choosing among 11 candidates registered for the first round of the election. The run-off between the top two contenders is scheduled for May 7.

Her candidacy is criticized by many media outlets across the EU. However, Geiger believes that the victory of Macron or Fillon will also be associated with a lot of inconveniences, especially for Germany.

“The way toward a strong EU will be uncomfortable for Germany. After the election, France — about which the Germans have been laughing for years — will become more self-confident and stronger with the new president,” the journalist wrote.

“And this is not only because the former president was absurdly weak. But also because Brexit has changed the balance of powers in the EU — the fact that is being still very little noticed in Germany. Without the Brits, France’s power is growing. The block of French-speaking countries is gaining influence,” he continued.

A similar opinion was expressed by the experts of the Discussion Board at the German Foreign Policy Association (DGAP). For instance, expert on French-German relations Dr. Claire Demesmay is confident that Macron and Fillon are not the best option for Germany and that Marin Le Pen will play an important role in French politics even if she doesn’t become president.