The White House is ratcheting up tensions in the Korean Peninsula, even bluffing about sending an “armada”, but despite the mounting threats the citizens of North Korea appear remarkably unfazed.

The fear of war breaking out between the US and North Korea has increased in recent months after Washington threatened military retaliation against Pyongyang’s nuclear tests and missile launches.However, it appears that those fears aren’t shared in North Korea, where a Sputnik correspondent arrived last week to observe the preparations and celebrations to honor the nation’s most important national holiday.

Sputnik found residents of the capital Pyongyang going about their daily lives with little thought for the dire warnings of war coming from politicians.

Perhaps North Korean press protects them from international political tensions, or perhaps North Koreans have complete confidence in their country’s military capacity to defend against attack.It could be that North Koreans are fully aware of the standoff with the US and potential for nuclear war, but figure, “why worry?”

Quenching thirst at a local kiosk 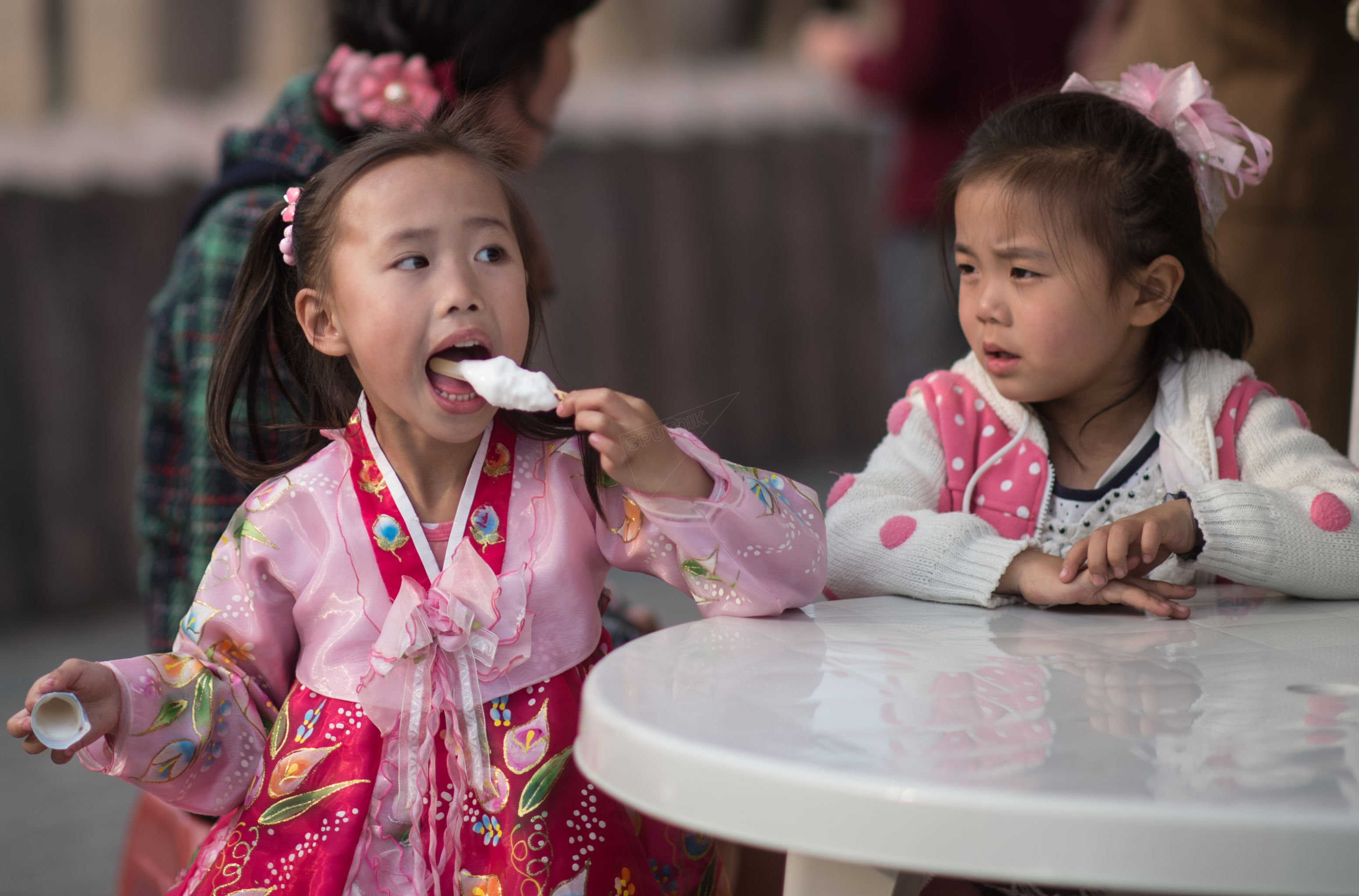 In any case, Sputnik’s photos show local people going about the same tasks as others do anywhere in the world: hurrying to work, going shopping, going for walks with their families.The only indications of the country’s readiness to “wipe out the American imperialists from the face of the earth” are the posters hanging around the city which promise to do just that. 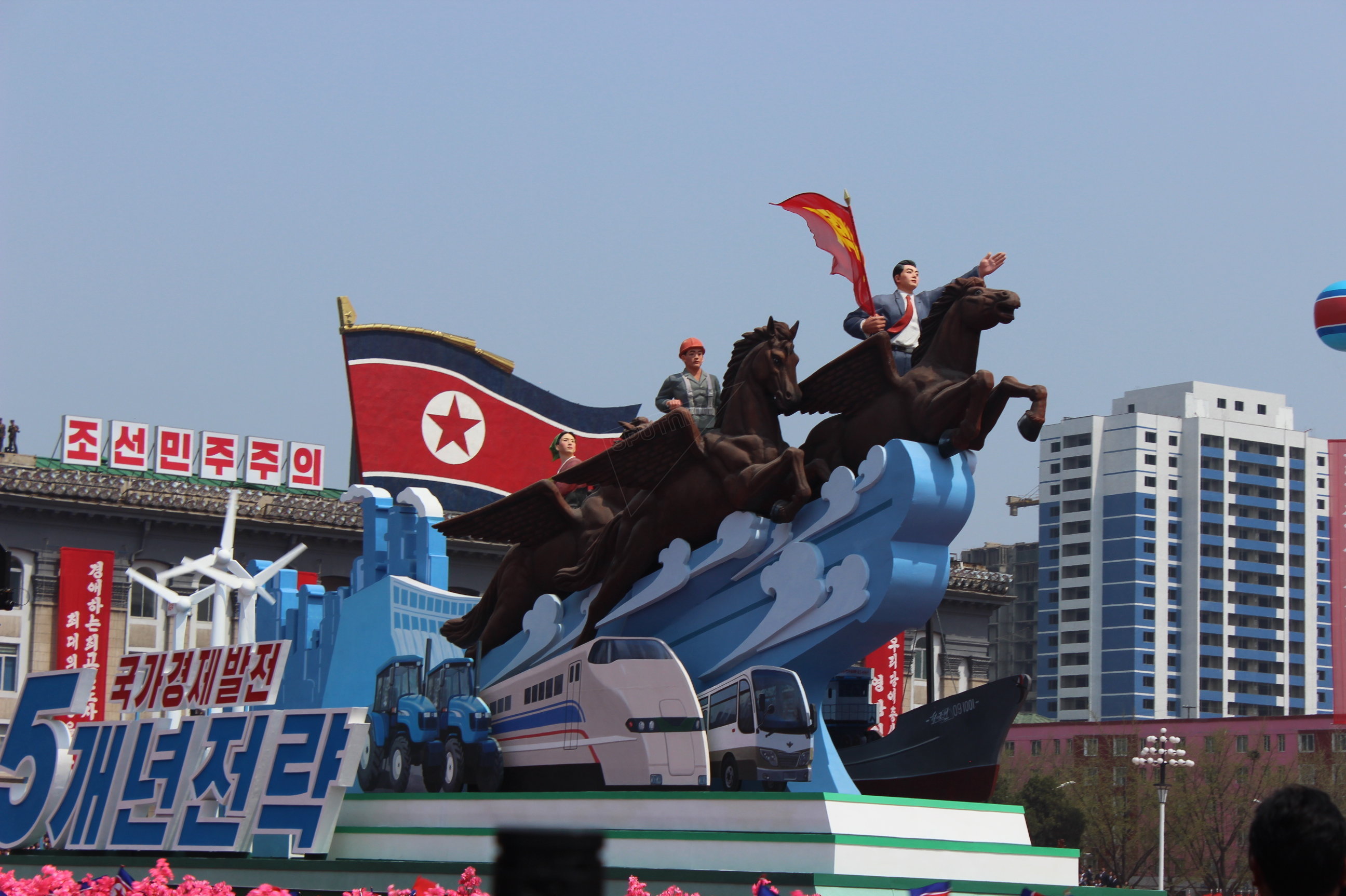 A monument to the five-year plan

On Friday, North Korea celebrated its most important national holiday, known as “Day of the Sun.” The festivities included a massive military parade, perhaps the most “frightening” part of the celebrations.However, even this doesn’t seem as scary in real life as it does from the television, our correspondent reports. The formidable North Korean commandos who marched around Kim Il-sung Square in camouflage headed home after half an hour. 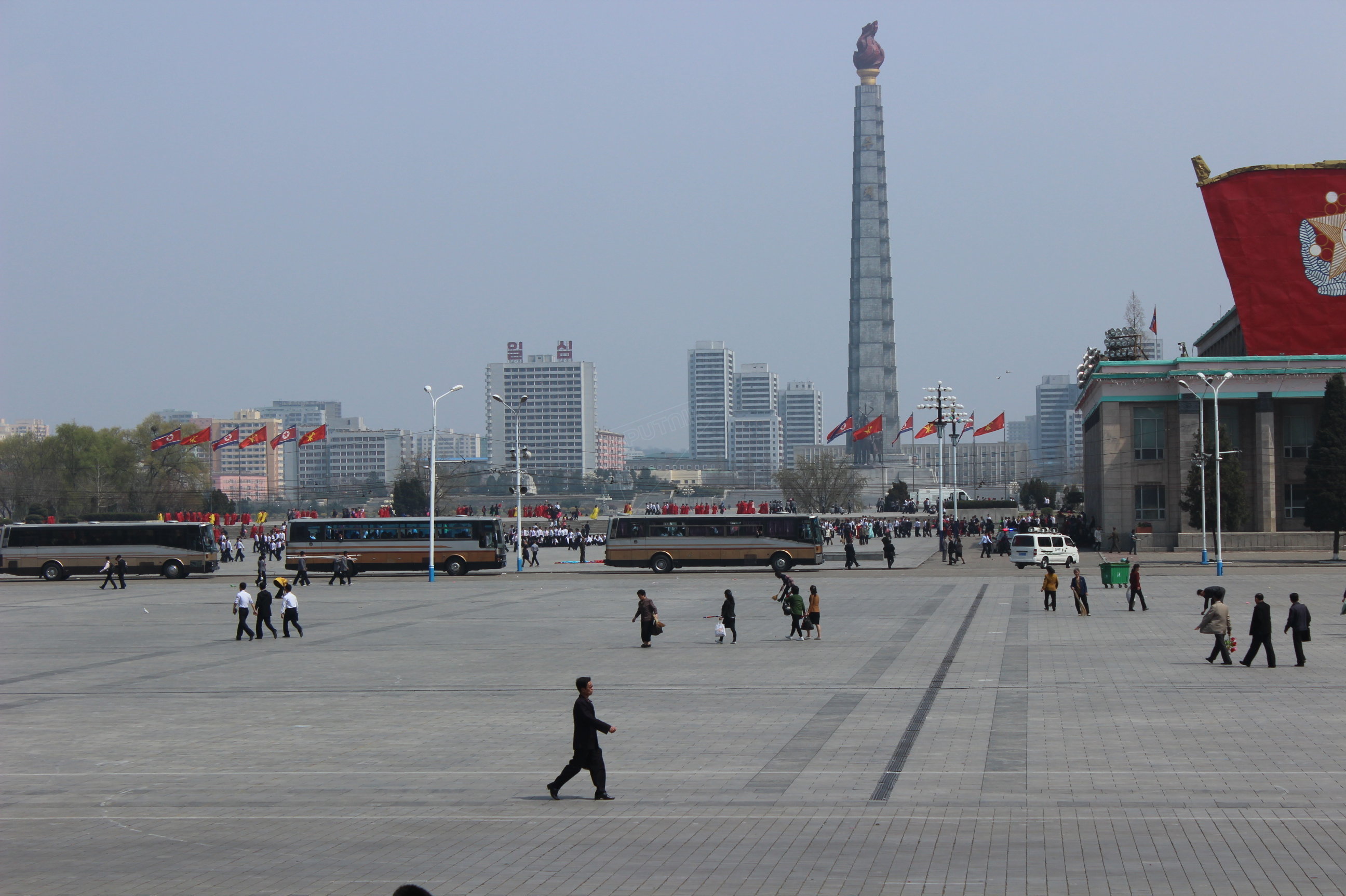 After the military parade

An hour after the parade had finished, there were just a few people remaining, to clear up the decorations and pick up the garbage. Pyongyang returns to ordinary life, in which military affairs are not first on the agenda.Tensions between North Korea and the US have increased in recent months, after Washington changed decades of policy and expressed its willingness to start a military conflict with North Korea in response to its missile launches and nuclear tests.

Last week, Donald Trump announced that an “armada” of ships led by the aircraft carrier USS Carl Vinson was “steaming” toward the Korean Peninsula. In fact, it appears the US President was bluffing: the flotilla remains thousands of kilometers away after heading first for Australia.On Monday, US Vice-President Mike Pence traveled to the demilitarized zone between the North and the South and warned Pyongyang that “the era of strategic patience is over.”

Waiting for the bus in Pyongyang

“We will meet any use of nuclear weapons with an overwhelming response.”In turn, Pyongyang has said it is ready to strike the US if the latter prepares to attack North Korea.

A man looks across the Taedong River

“In the case of our super-mighty preemptive strike being launched, it will completely and immediately wipe out not only U.S. imperialists’ invasion forces in South Korea and its surrounding areas but the U.S. mainland and reduce them to ashes,” the official Rodong Sinmun newspaper declared.

Outside a shop in Pyongyang

© SPUTNIK/ ILYA PITALEV
North Korea’s most recent ballistic missile test was a failed attempt on Sunday. It has also carried out five nuclear tests, most recently in September 2016.Last week, North Korea monitoring website 38 North reported that its Punggye-ri nuclear test site was “primed and ready” to carry out a sixth.

However, satellite images from April 16 appear to show workers at the site having a break and playing volleyball.

A game of volleyball in Pyongyang

Three different games were going on, indicating that the site and preparations for a sixth nuclear test “have transitioned to a ‘stand-by’ status, with personnel being allowed some down-time for recreation,” 38 North reported.