Tensions between the United States and Iran escalated to their highest level in years last week, with the two countries exchanging sanctions and countersanctions and accusing each other of sponsoring terrorism. Speaking to Radio Sputnik, Iran expert Dr. Rasool Nafisi said that it may now be up to Moscow to reduce tensions between the two countries.

On Friday, the US introduced new sanctions against Iran following the country’s actions, including a recent ballistic missile test. Tehran immediately responded by introducing countersanctions against Washington, and accusing President Donald Trump of violating the 2015 Iran nuclear deal.

The restrictions have since been followed up with officials trading insults. In an interview for Fox News that aired Sunday, President Trump called Iran the “number one terrorist state.” Iran countered by announcing that it would sanction US individuals “involved in backing Daesh [ISIL/ISIS], al-Qaeda, other terrorist groups, as well as [those] backing the Zionist regime.”

Moscow signaled that it “regrets” Washington’s sanctions move, defending the Iran nuclear deal and pointing out that Iran’s missile test should not violate the nuclear agreement. “We have communicated this position to the US side too,” Deputy Foreign Minister Sergei Ryabkov said Monday. Presidential spokesman Dmitri Peskov added that Russia disagrees with Trump’s assessment of the Middle Eastern country as the ‘number one terror state’.

Also on Monday, Iranian Foreign Ministry spokesman Bahram Qassemi indicated that Tehran would not back down, noting that the country would “defend its missile program with full strength in the face of interventionist policies of other states.” Qassemi stressed that “when it comes to Iran’s interests, we ourselves are the ones taking decisions, and do not need any consultations with others over such issues.”

Speaking to Radio Sputnik about the worrying uptick in tensions between the two countries, Dr. Rasool Nafisi, an Iran expert at Washington D.C.’s Strayer University, said that the US’s sanctions had more of a “symbolic importance” than anything else.

“The sanctions [have] of course a symbolic importance to the new president’s supporters. The intention is to satisfy the conservatives and those who are not quite happy with the activities of Iran,” Nafisi said.

Furthermore, the academic warned that the White House’s decisions seem to indicate that they are “itching for some kind of conflict in the Middle East, and especially against Iran, given all the rhetoric they used during the election campaign.” 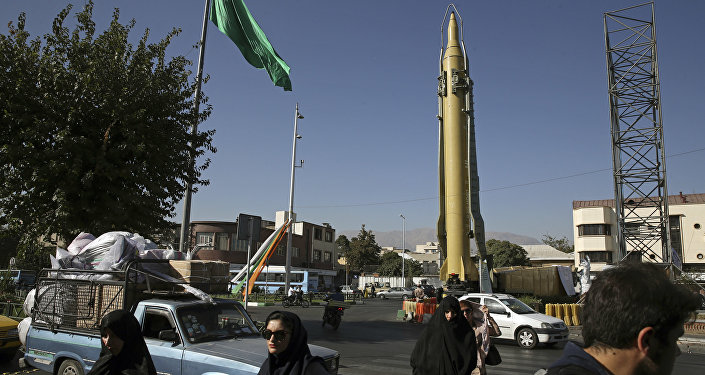 Pence: Trump to Determine US Stance on Iran Nuclear Deal in Upcoming Days

This makes some sense, Nafisi noted, when accounting for the fact that some of the people in the Trump administration are anti-Iran hawks, particularly National Security Adviser Michael Flynn.

“He’s the one who testified [while serving in] another position in 2015 that the only way to stop Iran from accessing nuclear capabilities would be to have regime change in the country,” Nafisi recalled. “He’s basically adamant about regime change in Iran, and he and the President are quite worried about Islamic terrorists, so I imagine that they’d like to do something about it, meaning regime change in Iran…But whether they will actually be able to do that or not is a different story.”

Asked about how other powers, including China, may react to the escalation of tensions, Nafisi noted that “China is not one of the favorites of President Trump, and I even think that the friction with China will exceed that between Iran and the United States within a few months, especially over China’s activities in the South China Sea.” 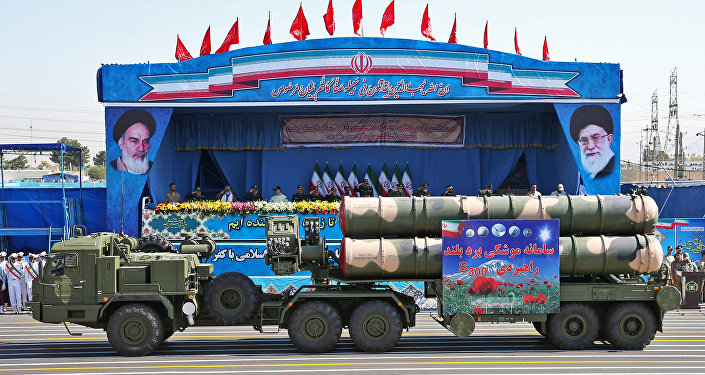 At the same time, the academic said that he doesn’t think that “China has much of an influence” in this situation. In fact, he noted, “the only person who can probably do something is President Putin of Russia, who seems to be a favorite of [President Trump], who has been actively defending him.”

“Maybe the intervention of President Putin, especially given the fact that President Trump is keen on fighting Islamic terrorism and ISIS in the Middle East, and that Russia and Iran are actively participating in that kind of fight – this might [result] in some kind of coalition between the US, Iran and Russia, and of course others who are fighting in the region,” Nafisi suggested.

On Sunday, the Wall Street Journal reported, citing senior unnamed US officials, that the Trump team was trying to think of ways to ‘drive a wedge’ between Russia and Iran, presumably in the aim of improving relations with Moscow while confronting Iran. Numerous foreign policy analysts from Russia and the US have already commented on the folly of such an idea, given the two countries’ friendly relations and the success of their joint efforts against terrorism in Syria.

Russian, US Analysts Urge Trump Not to Make an Iraq-Like Mistake with Iran

Commenting on the Wall Street Journal’s story, The American Conservative senior editor Daniel Larison explained that the continued sharp rhetoric coming out of the White House toward Russian partners like Iran and China could end up having a detrimental impact on cooperation with Russia as well.”The US should pursue improved relations with Russia, but it seems unlikely that there will be much improvement if the US is simultaneously becoming more combative with Iran and China,” Larison wrote.

The journalist emphasized that “if the administration continues its more combative approaches to the latter…that is more likely to drive China and Russia and Rissia and Iran closer together. Rapprochement with one of them won’t happen without having relatively stable relations with at least one of the others. The administration’s current path is leading to heightened tensions with both Iran and China, and that seems likely to harm relations with Russia as well.”