People living in the West don’t need their governments to tell them who their enemy is. Not when they have an obliging intelligentsia to do it for them.

A quick browse of the non-fiction shelves in your local UK high street bookshop offers prospective customers a banquet of anti-Russian books in which no superlative or pejorative is spared when it comes to depicting Russia as the epitome of evil and with its President, Vladimir Putin, a composite of every Bond villain the decades-long movie franchise has given us. Just consider some of the titles.

1. The New Tsar: The Rise and Reign of Vladimir Putin

4. The Invention of Russia: The Journey from Gorbachev’s Freedom to Putin’s War

5. Winter is Coming: Why Vladimir Putin and the Enemies of the Free World Must be Stopped

By now you should get the idea: Russia is the contemporary bête noire of Western liberal commentators and an intelligentsia that has extended itself in parroting the views of their own governments, happily abandoning their critical faculties in the process.

While conformity may be the enemy of critical and independent thought, for such people it is a religion. Acceptance and respectability, after all, requires nothing less. How else are they to secure those newspaper columns, book deals, and invites to dinner parties and literary functions without life wouldn’t be worth living?

The history of Western colonialism and wars of conquest is replete with its cheerleaders in the form of newspaper columnists, novelists, and writers.

During the high water mark of the British Empire, Rudyard Kipling was its unofficial chronicler. His most famous poem is White Man’s Burden, which he wrote as a celebration of the takeover of the Philippines by the United States in 1898.

“Take up the White Man’s burden-

Send forth the best ye breed-

Go bind your sons to exile

To serve your captives’ need;

To wait in heavy harness,

On fluttered folk and wild-

“In modern times the now departed British writer and journalist Christopher Hitchens was perhaps most prominent when it came to carrying on the tradition of providing literary and journalistic muscle for the projection of Western imperial power. From a withering critic of the West and Western foreign policy in the 70s and 80s, Hitchens underwent a slow but sure metamorphosis throughout the nineties. It reached its apogee after 9/11, when he enthusiastically embraced the wars unleashed by George W Bush.

For him, and other members of the liberal literati, US imperialism and militarism was suddenly a force for good and human progress in the world. The Stealth bombers, Abrams tanks, battleships, aircraft carriers and legions of kevlar-helmeted marines which at one time stood for death and destruction in the name of US hegemony, now constituted the vanguard of a neo-enlightenment, spreading civilization and democracy to the dark peoples of the world.

Here was Hitchens’ advice to the US and British military leaderships, published in the pages of the UK’s Daily Mirror newspaper, just before the 2003 invasion of Iraq:

“The best case scenario is a rapid attack by precision-guided weapons, striking Saddam’s communications in the first hours and preventing his deranged orders from being obeyed. Then a massive landing will bring food, medicine and laptop computers to a surging crowd of thankful and relieved Iraqis and Kurds. This could, in theory, all happen.

“After the invasion, with the resulting slaughter and carnage at its height, Hitchens had this to say this during a speech he gave at Kenyon College, Ohio in 2004 on the destruction of Fallujah, “The death toll is not nearly high enough… too many have escaped.

“As the Australian journalist and documentary makes John Pilger wrote: “Many journalists now are no more than channelers and echoers of what George Orwell called the ‘official truth’. They simply cipher and transmit lies.”

Dear American People: Your govt is murdering children with your tax dollars. #WakeUp or you are complicit. https://t.co/Jpaq9lhPy8

The problem is, of course, that those lies are being told in pursuit of a very dangerous attitude when it comes to Russia and its government. Allied to the increasingly bellicose stance of NATO in Eastern Europe, we are talking the prospect of direct military conflict, the consequences of which you would think would be self-evidently too awful to contemplate. But then this assumes reasoned and rational minds, the kind clearly absent in the case of a large section of the aforementioned Western liberal intelligentsia. 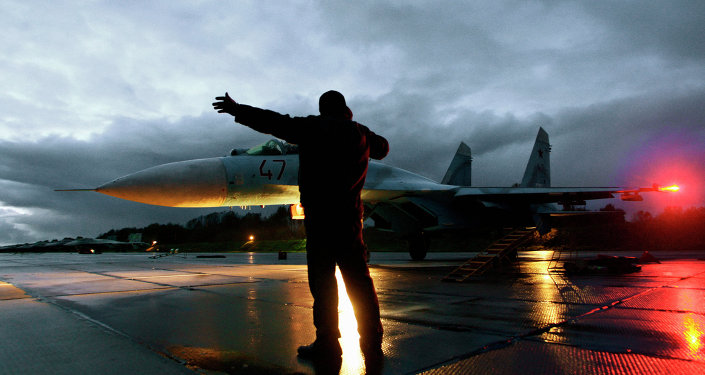 As NATO Expands Along Russia’s Borders, Did It Not Get Putin’s Message?

It really does defy belief that Putin and Russia are being depicted as a threat to the West when there are no Russian military bases on America’s border; no troops stationed in either Mexico or Canada, no Russian navy ships patrolling the Gulf of Mexico, and no missile defense shields either. Nor are there Russian troops deployed within striking distance of the UK, France, or Germany.

Yet such details are of trifling importance compared to the more important task of raising the Russian bogeyman as a convenient catch-all when it comes to explaining everything that’s wrong with the world.

But then again, they do say that if you can’t beat them join them. So with my bank balance and the prospect of mainstream acceptance in mind, I think I should add my own offering to the list. And given that sensationalism is the order of the day, the title will be: Vladimir Putin ate my hamster.