Thousands have signed a petition urging Google to reinstate Palestine on the maps service after it replaced the partially recognized state’s name with Israel. Local journalists berated the move as a “failed attempt” aimed at “falsifying history and geography.”

Over 150,000 signatories have backed a Change.org petition entitled “Google: Put Palestine on your maps” as of Monday, accusing Google Maps of “making itself complicit in the Israeli government’s ethnic cleansing of Palestine” either on purpose or inadvertently. The petition, drafted by Zak Martin, slams the omission of the UN non-member observer state’s name on the map as a “grievous insult” to Palestinians.

The petition saw a dramatic rise in a number of signatories in the past few days after a statement by the Palestinian Journalists’ Forum [PJF] triggered an online campaign against Google.

@googlemaps a geography lesson: #PalestineIsHere and exists.The 5 million palestinians in Gaza and West Bank are not in Israel #BDSMovement

“[This] is part of the Israeli scheme to establish its name as a legitimate state for generations to come and abolish Palestine once and for all,” the statement, cited by the Middle East Monitor, reads.

The group demanded Google reverse its move from July 25 when it removed Palestine’s name completely from its map application by designating all Palestinian territories as Israel. The journalists argued the controversial decision which is“contrary to all international norms and conventions” denies the Palestinians “right to homeland” and merely “designed to falsify history and geography.”

If one tries to type Palestine into Google Maps search, he will be shown a blank space within Israel’s territory marking the areas of Gaza, Judea and Samaria with a dashed line, without naming them. 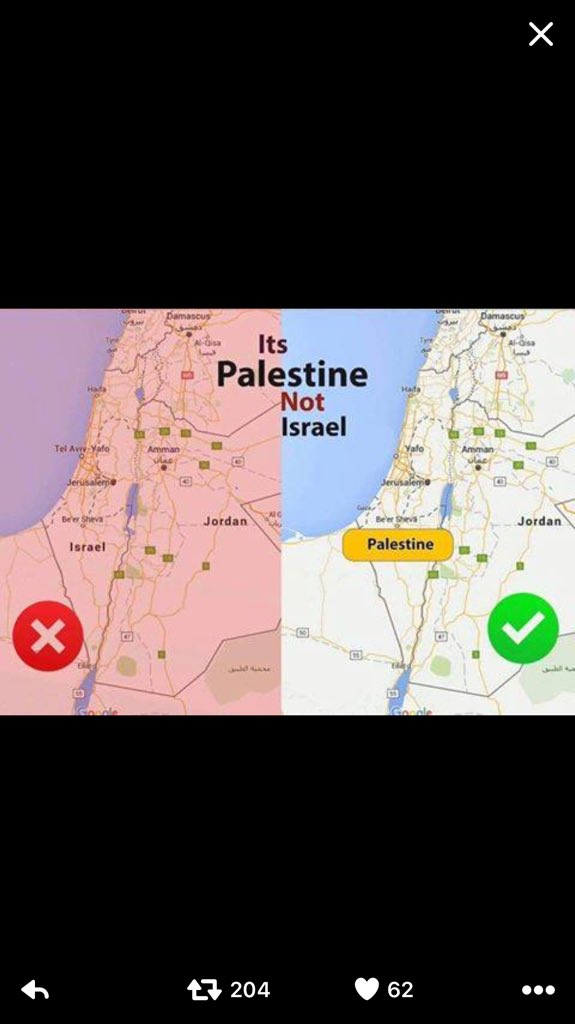 The anger over the move inspired the Twitter hashtags #BoycottGoogle and #PalestineIsHere with people venting their frustration at Google for apparently taking sides in a protracted conflict.

“Google Now you make fake history. Aren’t you ashamed. You are siding with a country. You are a moteur de recherché,” wrote @MlleNerdy.

Some even threatened to switch to other search engines or stop using some of its services if the US tech giant sticks to its decision.

@google @googlemaps WHERE IS #PALESTINE?? Fuck Google. I'll use a different search engine from here on out. #FreePalestine #BoycottGoogle

Palestine was awarded a non-member observer status at the UN in November 2012 despite vehement opposition from Israel and its ally US. The General Assembly resolution, passed by the absolute majority with 130 countries for, 9 against and 41 abstaining, was hailed by the Palestinian leadership and regular citizens who took to streets to celebrate a milestone decision.

Palestinian President Mahmood Abbas called the General Assembly’s vote a step toward the Palestine’s official statehood, saying that the body “called upon today to issue a birth certificate of the reality of the State of Palestine.”

Following the vote, the PA sent a letter to Google calling on it to include Palestine into its countries’ index. In 2013 the company had satisfied the request changing the tagline on its Palestinian version from ‘Palestinian territories’ to ‘Palestine’.

“We’re changing the name ‘Palestinian Territories’ to ‘Palestine’ across our products. We consult a number of sources and authorities when naming countries. In this case, we are following the lead of the UN…and other international organizations,”Google spokesperson Nathan Tyler said at the time.