Search
Home
ALTERNATIVE NEWS
Potential civil war is the number one threat to Israel’s national security, a former Mossad chief said in his first public appearance since leaving office. Tamir Pardo named divisions within society and the triumph of hatred as the main driving forces of internal conflict.

Claiming that Israel is already on the path towards civil war, the former chief of the national Israeli intelligence agency warned that soon Israelis could cross a “certain line in its division and hatred” that could spill over into “a phenomenon like a civil war.” 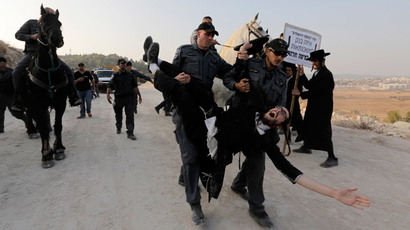 To aid the state of society Pardo called for a diplomatic solution to the Israeli-Palestinian conflict, saying without it “we will never be able to achieve normalization with our Arab neighbors.”

“The prime minister has said there will be two states between the [Mediterranean] Sea and the [River] Jordan and he’s right,” Pardo said. “In my opinion, we won’t be able to reach any agreement with any country beyond what we have now if we don’t solve the Palestinian issue.”

As far as internal Jewish societal disagreements, the former Mossad chief said that some people in Israel sought the intensity of the existing division.

“There are some for whom it’s comfortable to emphasize that which divides and not that which unites. I can’t put my finger on a group or a leader. It exists within all the country’s groups.”

Besides the Jewish-Arab divisions in society, according to the latest Pew Research Center studies, Israel is also divided along Orthodox Jewish lines and those who are more contemporary followers of Judaism.