The United States has called on Russia and Iran to help make the Syrian government accountable for allegedly using chlorine against civilians, but at the same time Washington has “let off the hook its Syrian rebel allies who have been implicated if not in all, then in most cases of use of chemical weapons,” analyst Rostislav Ishchenko asserted.

US comments came in response to the findings of a year long investigation conducted by the United Nations and the Organization for the Prohibition of Chemical Weapons (OPCW) into allegations of chemical weapons use in Syria.

Ishchenko, the head of the Center for Systems Analysis and Forecasting, pointed out that the UN and other organizations turned a blind eye to documents and evidence provided by Syrian authorities on gas attacks that were carried out by radical groups since a foreign-sponsored uprising rocked the Arab country in 2011.

Bashar Jaafari, Syria’s envoy to the UN, told Sputnik as much in an exclusive interview. The diplomat also said that the worst gas attack that took place in Syria was orchestrated to prevent a UN inspector from going to Aleppo and investigating another chemical assault blamed on rebels. He was referring to a chlorine attack in Ghouta, a Damascus suburb, in August 2013. 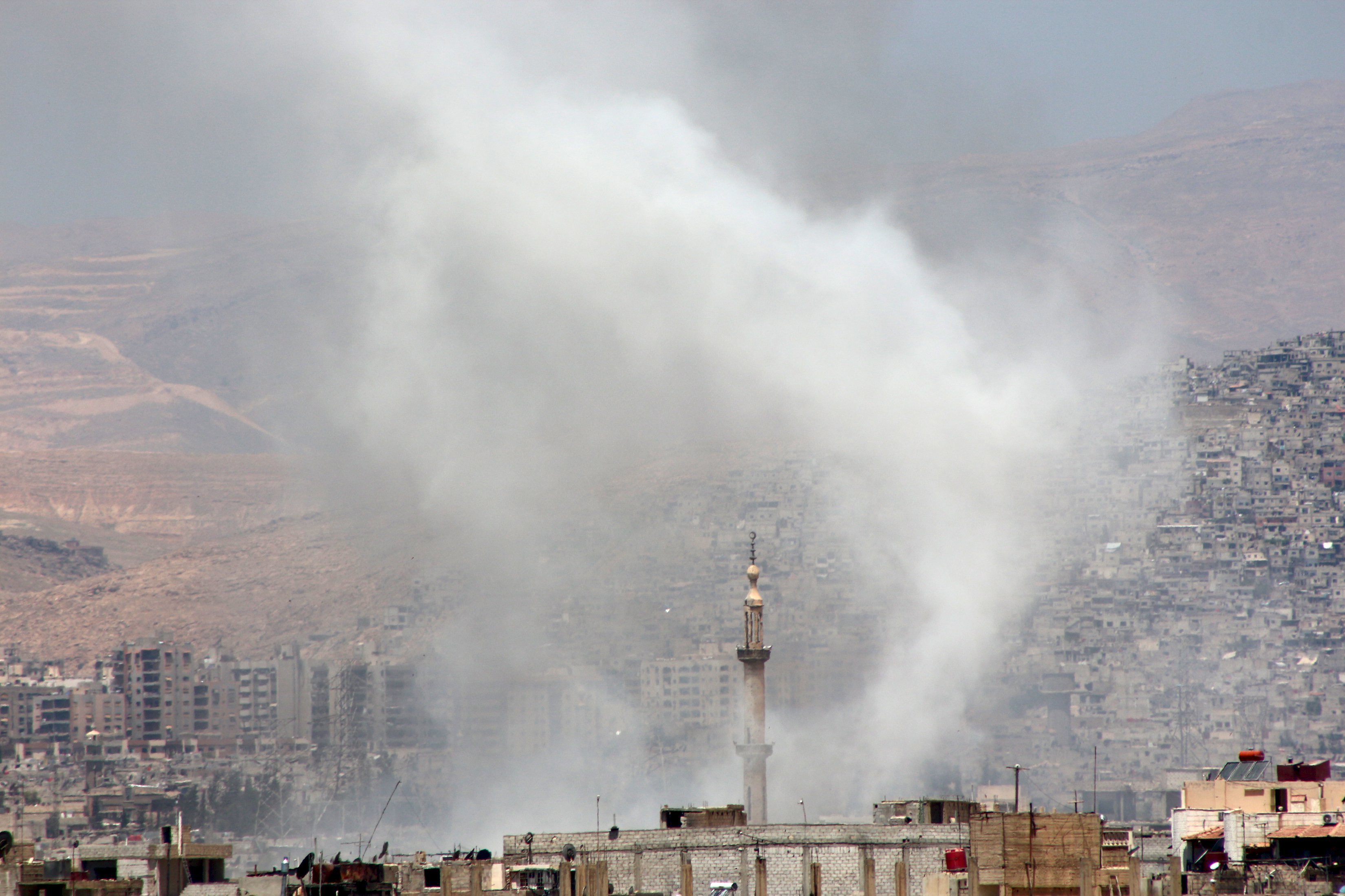 Smoke rises after what activists said was due to airstrikes by forces loyal to Syria’s President Bashar al-Assad in Erbeen in the eastern Damascus suburb of Ghouta May 17, 2015. © REUTERS/ Yaseen Al-Bushy

Shemshadi Hassan, the Iranian Radio and Television correspondent in Syria and Iraq, also told Sputnik that following the Ghouta attack several Western media outlets spoke to the militants in Damascus suburbs who confirmed that they were behind it.

Ishchenko maintained that the US is adding fuel to the fire with respect to the recent report because radical groups trying to overthrow Bashar al-Assad are losing in Aleppo.

Experts agree that the outcome of the ongoing battle for Syria’s second largest city will most likely determine the future of the country.

Aleppo is currently controlled by the Syrian Arab Army and radical militias, including al-Nusra Fronts and Ahrar al-Sham. The UN, Russia and the United States consider the former to be a terrorist organization, but Washington undermined Moscow’s efforts to add the latter to this list.

“The defeated party in Aleppo will lose in the Syrian conflict. A defeat in Syria will lead to the US losing its status in the Middle East,” the analyst observed. “It will also put an end to Washington’s attempts to maintain hegemony. This is why the US is ready to raise the risk bar to the maximum.”

Ishchenko further said that Washington’s response to the OPCW’s report “is an attempt to replay a lost campaign [in Syria] by threatening to launch a large-scale military operation.” He called it a “chemical blackmail.”

The analyst added that while Barack Obama is in office “there is hope” that he will not yield to the pressure from hardliners in the US who have long championed America’s greater military involvement in the devastated Arab country.

“This is why Russia needs to resolve the ‘chemical problem’ that the US created in Syria as soon as possible, before Obama’s term runs out,” he added.