Two years ago an overwhelming majority of Crimeans voted in favor of reuniting with Russia – a move that was met by Western condemnation and sanctions. While the sanctions persist, attitudes towards the people’s choice are changing.

Crimea’s population refused to recognize the new government in Kiev, which came to power on February 21, 2014, viewing it as illegitimate. The citizens of the autonomous republic, home to an ethnic majority Russian population, feared the coup-imposed leadership wouldn’t represent their interests and respect their rights and choices.

Crimea and Sevastopol, a city with a special status on the peninsula, voted for independence from Ukraine and to rejoin Russia in a referendum on March 16, 2014. The decision was supported by more than 1.2 million people, or roughly 97 percent of voters with an 83-percent turnout.

Yet, the West, led by the US, refused to recognize the Crimean people’s choice and slapped Moscow with sanctions that continue to this day. Two years ago, US President Barack Obama called the referendum “illegal,” while British Prime Minister David Cameron said the decision to “annex” Crimea would result in Russia facing “serious consequences” for its alleged breach of international law.

The policy of “non-recognition” of the Crimean referendum continues today, but this attitude is slowly changing, as Richard Sakwa, Professor of Russian and European politics at the University of Kent, explained to RT. 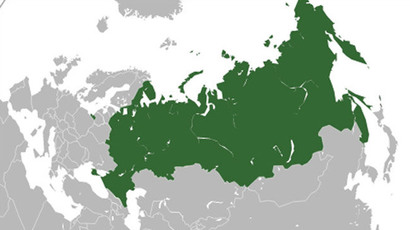 We map the world as it is:’ National Geographic maps Crimea as part of Russia

Sakwa said in the West the perception of “territorial boundaries change.” Westerners have come to “an acceptance that the overwhelming majority of the Crimean people did want to rejoin Russia.”

He said this was reinforced by a “very important” independent German GfK poll in February 2015, titled: “The Socio-Political Sentiments in Crimea”, which according to Sakwa also confirmed the results of the referendum of March 2014.

“There is an understanding of the aspirations of the Crimean people. Plus of course the blockade put by radical forces within Ukraine does not really help the Ukrainian cause,” Sakwa said.

In the meantime, French politician Christian Vanneste told RT that in due course Europeans will recognize Crimea’s choice.

“I’m certain the Crimean referendum will be recognized because it is just common sense,” Vanneste told RT, adding that Crimea was artificially transferred to the Ukrainian Republic in 1954, and that the peninsula historically belongs to Russia.

At the same time, Sakwa acknowledged there is a “big division” among European leaders, who have always used the word annexation, while those on the “other side” understand Crimea was only under Kiev’s control from 1991, when the USSR ceased to exist.

“The Ukraine phenomenally has mismanaged it all. The idea was, and this was the principle of Russia in the 1997 Treaty of Friendship with Ukraine – it was the recognition of Ukrainian sovereignty. It was quite clearly the breakdown of the Ukrainian state system in 2014 [that caused] the Russian principle of accepting the sovereignty of Ukraine [to break down].”

Professor Sakwa said Kiev is to blame for the current status of Crimea. It failed to account for the interests of the peninsula’s population, as it pursued its right-wing agenda throughout the country.

“Also the other element of this crisis is the failure of the Ukrainian government in the last two years to become more pluralistic. The paradox at the moment is that this relatively nationalistic in Ukraine, and some quite intolerant actions [are] effectively being supported by some within the European Union. There is criticism. But on the whole it is being endorsed. And this is the other paradox, a government which repudiates some of the fundamental principles of the European Union is being supported by the European Union and the United States,” Sakwa said.

Vanneste blamed the Western attitudes towards Crimea and Russia on the dissemination of false information.

“I hope that gradually this disinformation, which is largely influenced by American actions, will disappear. Right now we are witnessing inequality relating to the situation surrounding Crimea,” the French politician said.

However, observers noted that sanctions on Russia in relation to Crimea were forced on the European Union by Washington.

“People that wanted sanctions were the Americans, but not in fact the Europeans. Now the Europeans are fed up with the sanctions. They think it is very bad for the economy because there is a lot of exchange between Europe and Russia. A lot of Western European government would like to stop the sanctions, but they need an agreement with the United States,” former MEP Ivan Blo told RT.

In an effort to reverse the Western outlook on cooperation with Russia, a number of foreigners and Western politicians have visited Crimea over the last two years.

French lawmakers led by Thierry Mariani were the first foreign politicians to visit Crimea after reunification with Russia in the summer of 2015. Italy’s former Prime Minister Silvio Berlusconi visited last autumn and had a meeting there with Russian President Vladimir Putin in September 2015.

These moves are pushing the Europeans to reconsider the wider relationship with Moscow, Sakwa explained.

“There are some leaders, the Italian leader, and some other countries are talking about what sort of deal could be established to allow Crimea to thrive in the new circumstances, but above all for some sort of more satisfactory relationship between Russia, Ukraine, and Europe as a whole,” Sakwa said.

As for the Crimeans, two years after the historic referendum, they are happy to be part of Russia and don’t want to return to Ukraine.

“Everything is great,” one young man told an RT crew on the streets of Simferopol, the capital of Crimea.

“Everything has changed for the better,” another man told RT. “It is peaceful in Crimea compared to Ukraine.”