Russia has sent five additional Mig-29 fighter jets and a multipurpose helicopter to its military base in Armenia, the Defense Ministry reported. 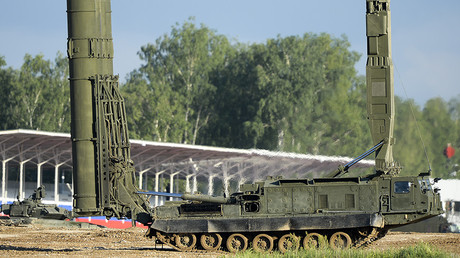 The aircraft have been transported to a military airfield in the Armenian capital of Yerevan and will soon arrive at Erebuni airfield, where planes attached to the 102th military are based, the command for the South-Eastern Military District said on Saturday.

“Soon military engineers will assemble generation 4+ fighter jets and the Mi-8MT helicopter, which will then enter service,” the report said.“The unit’s pilots will start practice flights on the new Mig-29s in mid-March.”

Four of the fighter jets are regular Mig-29s, which were recently overhauled. Another one is an upgraded Mig-29S version, which has double the payload amounting to four tons and several other improvements. The new aircraft strengthen the 18 Mig-29s and 7 Mi-24P helicopter gunships already based at Erebuni.

The build-up comes amid a period of high tension between Russia and Turkey in the wake of the downing of a Russian bomber by the Turkish Air Force on the Syrian border. Erebuni airfield is south of Yerevan and about 20km from the Turkish border.