Iben Thranholm examines political and social events with focus on their religious aspects, significance and moral implications. She is one of Denmark’s most widely read columnists on such matters. Thranholm is a former editor and radio host at the Danish Broadcasting Corporation (DR), at which she created a religious news program that set a new standard for religious analysis in the newsroom. She has traveled extensively in the Middle East, Italy, the United States and Russia to carry out research and interviews. She has been awarded for her investigative research into Danish media coverage of religious issues.

The meeting of Pope Francis and Patriarch Kirill in Cuba on February 12 may turn out to be not only the most significant ecclesiastical event, but one of the most momentous political events in recent years.

Since the schism of 1054 when the church separated into an Eastern and Western part, the differences have been irreconcilable and the two have not engaged in any dialogue. Leaders, political and military, know the strategy of divide and conquer. Although the Eastern Church, as well as its Western sister, has seen enormous development after the schism and has created cultural progress, the rule that division weakens an entity also applies to Christianity.

The church in Russia was oppressed and weakened under the Communist regime, and the Western church has been engaged in a struggle against the tide of secularization and the religion of scientism since the Enlightenment. In recent times both parts of the church have been under pressure, culminating now in persecution of Christians on a massive scale.

This trend is global, but is particularly severe in the Middle East, where ISIS commits horrible atrocities against Christians, as well as monasteries and churches. The persecution even threatens to remove Christianity from the lands whence the faith originated.

The persecutions in the Middle East are the immediate cause of the meeting. According to the Pope’s spokesman Fr. Federico Lombardi and Metropolitan Hilarion, chairman of the Department of External Church Relations and a permanent member of the Holy Synod of the Patriarchate of Moscow, the meeting has been considered for a number of years. Nonetheless, the announcement was a surprise when it was made, just one week before it was to take place. As recently as January this year, Hilarion denied that a meeting was being planned. Now it seems the political situation in the Middle East, the horrible persecution of Christians and the threat of destruction of the Christian community in the region have compelled the Pope and the Patriarch to agree to meet as soon as possible.

The meeting is intended to produce a joint declaration signed by both church leaders. Its character will not be theological, as dialogue in this area is held within the framework of the International Commission for dialogue between the Catholic Church and all the Orthodox Churches. It will be a statement on the various aspects of cooperation and shared testimony that the Russian Orthodox Church and the Roman Catholic Church can offer the world today. In particular, it will address the problem of persecution of Christians in the Middle East, but also the issues of secularization, the protection of life, marriage and the family.

This means that the meeting springs from the need and desire of the churches to form a joint front, or joint ministry to a world disintegrating before our eyes: moral decay, political depravity and dissolution of values. World War III looms like darkness threatening to engulf us all with the rising tension in Syria and Turkey, Western proxy wars and Russia’s intervention. Not to mention the growing tensions between the West and Russia springing from the crisis in Ukraine. 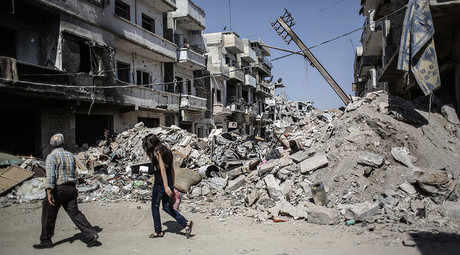 The two leaders present an example to the entire world when they meet, because they choose to set aside ecclesiastical disagreement to achieve a greater good. The churches have had their own Ukraine crisis for years.

When the Communist regime started falling apart and loosening its grip in the late 1980s, the Russian Orthodox Church emerged once more to play the role in society it had once held, but there were complaints that the Roman Catholic Church had begun proselytizing in the traditional Orthodox areas. The Roman Catholic Church maintains that it made no active efforts to convert members from other Christian communities, which is the definition of proselytizing. No proof of aggressive proselytizing has ostensibly been presented, but the question of the presence and work of the Greek Catholic Church in the traditional Russian Orthodox area of Ukraine has remained problematic, and the controversy persists.

The ability of the patriarch and the pope to rise above their disagreements to address the far more serious problem of persecution of Christians offers an example to be emulated by politicians. Uniting to overcome a greater evil is the solution the global community ought now to pursue. A fragmented Western world will be fatally unable to stand up to radical Islam. Which other Christian voice can now speak with the authority needed when liberal democracy is becoming increasingly feeble in its struggle against radicalized Islam?

A church united on this matter can therefore achieve enormous political impact without casting the Patriarch or the Pope in the role of world politicians. The Pope is the head of over 1.25 billion Catholics and the Patriarch is head of about 164 million Orthodox Christians, whose conscience, faith, hope and charity these two leaders influence. Their message is not political, their message is moral and spiritual and has an enormous impact on the way society develops and people act towards other people. The spiritual and moral factor in social affairs and world politics is crucial when it comes to averting war, solving conflicts and ending dictatorial regimes, quite possibly more so than political initiatives. If churches divided for more than a millennium show themselves capable of surmounting their differences, they provide a powerful testimony to the world that is difficult to ignore, its influence must be felt. This reconciliation brings renewed hope of peace and reconciliation of an order that no merely political system would be able to provide.

The Church has already demonstrated in recent history that it has the ability to have an impact on history and end totalitarian regimes. Today, leading historians agree the Berlin Wall would not have come down the way it did without former Pope John Paul II. While Communism still held sway, this Pope – who made great efforts to reconcile the divided church – visited Poland on several occasions, at which he reminded Poles of their Christian identity and faith, with the Gospel’s familiar message: “Fear not!”. The moral and spiritual strength this gave the people was the factor that gave them strength to bring down the Wall. The churches in DDR also provided a forum of free speech that eventually caused the demise of the regime. Similarly, the celebration of the millennium anniversary of the Russian Orthodox Church in 1988, permitted by Gorbachev, provided significant impetus for the end of Communism and the Soviet Union. The regime in the Kremlin met its final collapse during the week when the Russian Orthodox Church celebrates the Feast of the Transfiguration of Jesus. Even Joseph Stalin had to obtain the support of the Orthodox Church to achieve victory over Nazism in the Great Patriotic War.

No matter how tragic the cause of the summit meeting between the Patriarch and the Pope, the savage slaughter of Christians, it must be remembered that the church in ancient Rome grew strong and achieved influence on society on the basis of the testimony and blood of the martyrs. In a similar way, the Christians sacrificed by ISIS now help heal more than a thousand years of schism between the two churches. The foundation of the Christian faith is that sacrifice brought in love brings the fruit of peace, reconciliation and healing. This historic meeting – with the good will brought by the Patriarch and the Pope – may help transform the world and snatch peace from the jaws of the chaos that currently threatens to engulf us all. The significance of the meeting therefore vastly exceeds the relationship between Russian Orthodox and Roman Catholic Christians. A strong Christian voice and a united church is what world needs now to avert a third world war, at a time when politicians are exposed as bankrupt and impotent in the face of evil.