A highly disturbing Security Council (SCRF) report circulating in the Kremlin today is warning that the coming year, 2016, may very well see the collapse of the governments of the United States and Saudi Arabia as the citizens in both of these nations have begun revolting against the massive corruption these regimes rule by—and which should they both collapse would launch upon the entire world an “era of unprecedented instability”.

The Security Council, this report explains, is President Putin’s consultative body that works out his decisions on national security affairs and threats to the Federation and is composed of key ministers and agency heads and chaired by President Putin himself.

Though not meant to be completely “free of error”, this report states, the Security Council is, nevertheless, obligated to provide to President Putin their analysis of global affairs as they may effect the national security interests of the Federation, and which the collapse of these two nations, United States and Saudi Arabia, poses one of the greatest existential threats to Russia it has ever seen. 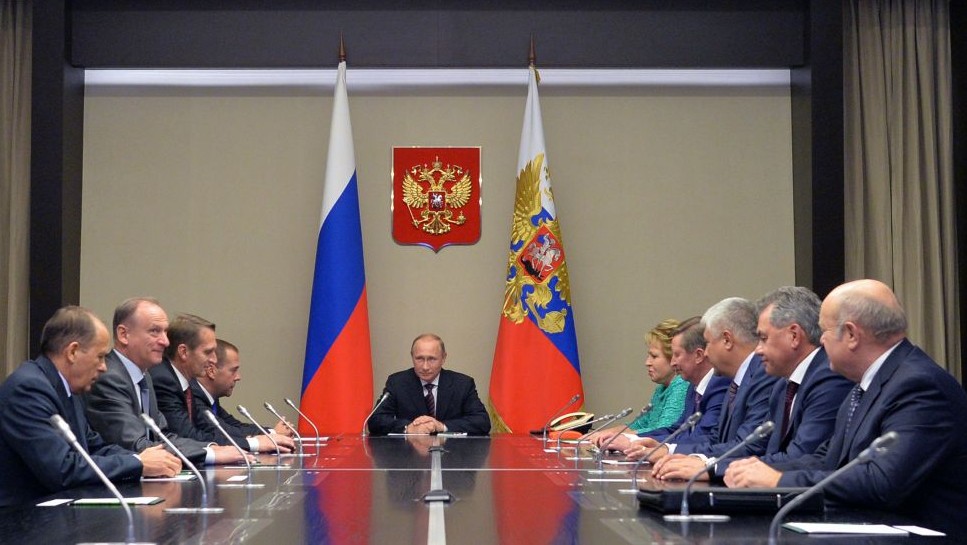 Of the many facts involved in fearing the collapse of the United States government, this report says, are the many warnings being issued in America today that “internal war is on the horizon” and some experts even questioning if civil war hasn’t, in fact, already begun.

Leading to these fears of internal war erupting in the United States, this report continues, is the complete polarization of the American people against each other driven by what a recent Princeton Universitystudy stated was due to this nation having become an oligarchy after its abandoning of democracy. 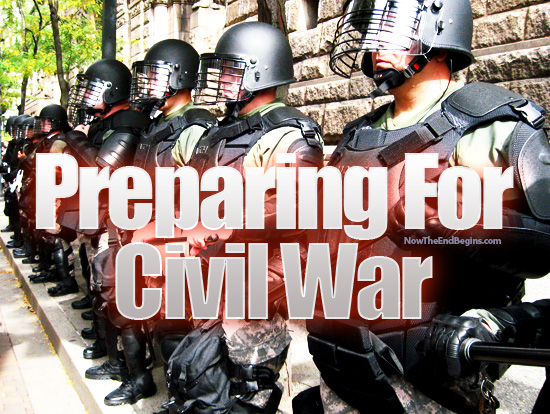 With an oligarchy being a power structure in which power effectively rests with a small number of people, this report explains, the grave situation presently existing in the United States is being “ignored to their peril” by these elites—most especially current Presidential hopeful Hillary Clinton, who as the wife of a former President, Bill Clinton, was a former US Senator and US Secretary of State, and was the driving force in the “greatest gift to bankers” ever seen in the United States when she personally pushed through the US Congress a law forbidding, for the first time in American history, collage students to declare bankruptcy on their student loans, which has plunged millions of them into a life of debt servitude unable to contribute their earnings to their nations economy as all of their money now goes to bankers.

Following in Hillary Clinton’s footsteps in a “wholesale plundering to wealth” scheme to enrich bankers at the expense of the American people, this report continues, is President Obama—who in his first four years in office increased his worth 800% from $1.3 million to $11.8 million and once he leaves office is estimated will be able to rake in a staggering $100 million more.

With an economy of a nation being more important than even its military strength, this report warns, President Obama and the oligarchs associated with him, including the Clinton and Bush dynasties, have further destroyed America’s ability to make jobs—and which a recent Gallup article described grimly as: “Simply put, startups and shootups (small businesses that grow larger) have been in a death spiral.”

Even though Obama and Clinton regime supporter George Soros is warning these oligarchs of the grave crisis they’re creating, this report notes, nothing appears to be stopping these oligarchs from the pillaging of the American people—and has become so dangerous that a new Gallup poll showed that a staggering 75% of the American public believe corruption is “widespread” in their government, not incompetence, but corruption, and that this alarming figure has held steady since 2010, and which history has always shown no government can survive under the weight of. 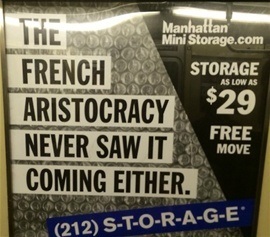 With even former President Ronald Reagan top official David Stockman warning this past week that the House of Saud is “a scourge on mankind that should have been eliminated decades ago” and must be “swept into the dustbin of history”, SC experts in this report say, the collapse of this brutal oil rich monarchy may be coming sooner than later as its economy nears total collapse and its Shiite Muslim minority is now threatening to secede and “take all of its oil to Iran”. 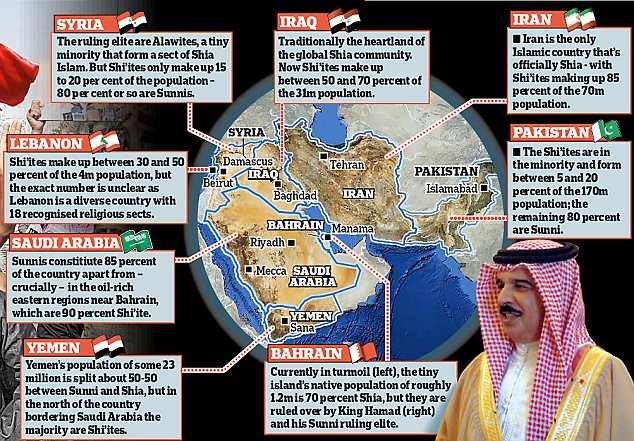 The total collapse of Saudi Arabia is inevitable, this report states many experts are warning, as this country is ugly, depressing and unappealing like a desert slaughterhouse whose people are corrupt, indulgent, inbred, unintelligent, lazy, fat, cruel, inept and completely flaky and unreliable and have no skills nor work ethics.

And with the House of Saud belonging to the most aberrant sect of Sunni Muslims known as Wahhabism, this report further warns, it is now becoming apparent even to the West that the much more tolerant, and women rights supporting, Shiite Muslim peoples led by Iran are more in tune to what the world really is than the “barbarian” Sunni nations led by Saudi Arabia and their Gulf state sycophants Bahrain, Kuwait and United Arab Emirates—who, unlike Shiite led Iran (along with Shiite-led Syria and Lebanon), have never allowed their citizens to vote against their despotic monarchial rule.

But to the greatest fears of Saudi Arabia and it Gulf state allies, along with their Western backers, this report explains, is that even those these nations are “ruled for life” by Sunni Muslim monarchs, their oppressed Shiite citizens live on top of nearly all of the oil in the entire Middle East—and all of whom have pledged their allegiance to Iran. 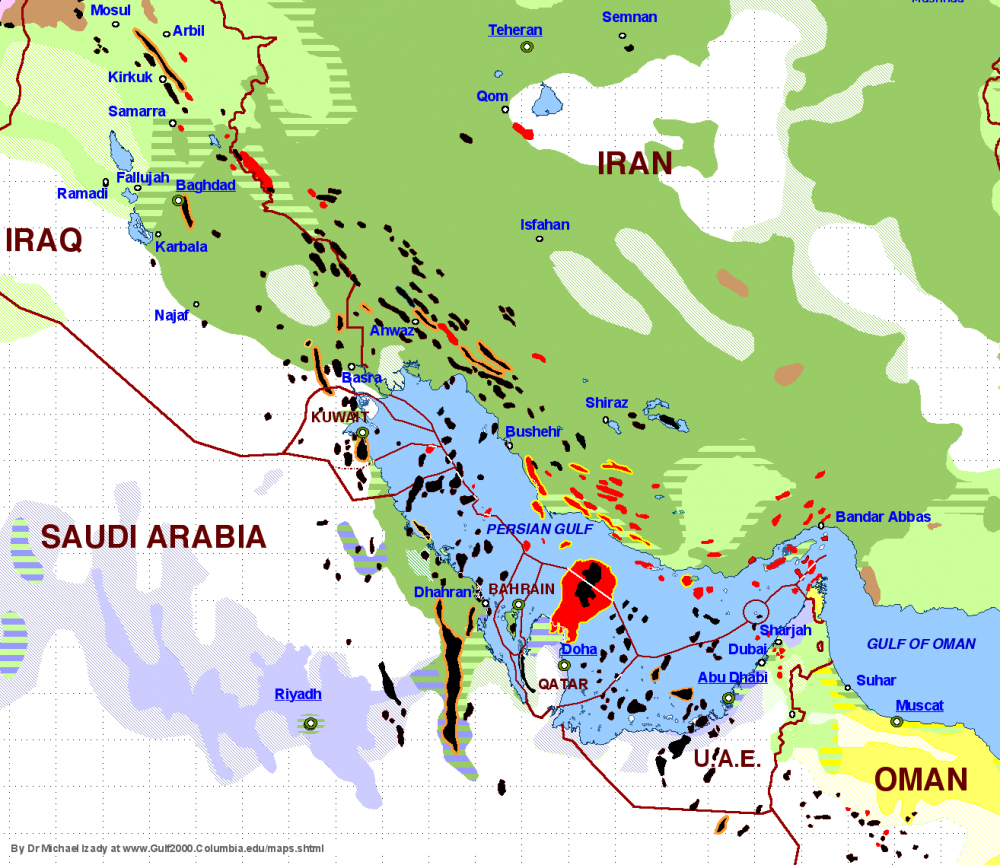 And instead of coming to grips with its collapse, this report warns, the Saudi government has decided that rather than learning lessons from the hubris of its neighbours, it won’t wait for war to come home—but has readily begun exporting war in the region in its madcap bid to extend its geopolitical hegemony and prolong its petro-dominance.

Even worse, this report continues, in Saudi Arabia’s “insane bid” to push Iran into open conflict in the hopes that the Obama regime will bail them out through massive war, they not only torpedoed America’s entire Middle Eastern policy with their beheading of their most prominent, and peaceful, Shiite clerics, today they even dared to bomb the Iranian embassy in Yemen.

Though the Security Council has not assigned a “percentage likelihood” of either the United States or Saudi Arabian governments actually collapsing this year, this report concludes, they have advised President Putin that he should immediately begin preparing for it being so anyway—just in case. 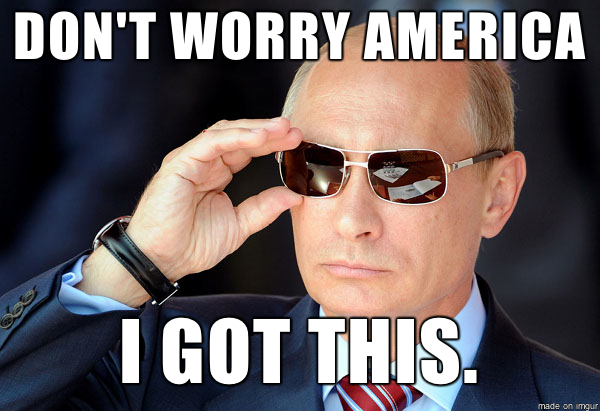