RAF fighter jets will be armed with air-to-air missiles and have been given the green light to shoot down hostile Russian planes. 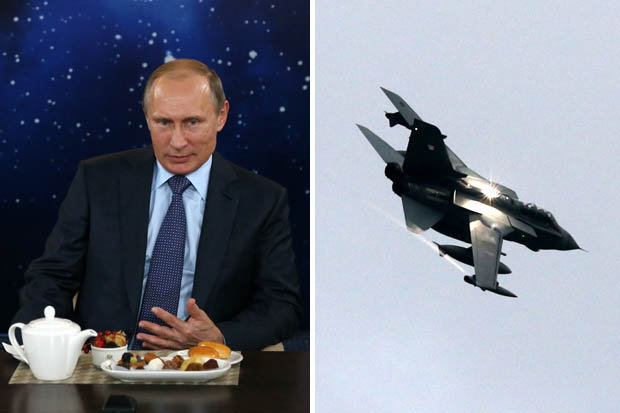 TROUBLE: British pilots have been told to retaliate if they are attacked by Russian aircraft

British and Nato pilots have been told to take the drastic action if they are fired on by Vladimir Putin’s air force during missions over Iraq.The move comes after British ministers warned Russia had made the situation in the Middle East “much more dangerous”.Senior defence sources say it is just a matter of time before our fighters are involved in a deadly confrontation with Russian jets.One source said: “We need to protect our pilots but at the same time we’re taking a step closer to war. It will only take one plane to be shot down in an air-to-air battle and the whole landscape will change.” 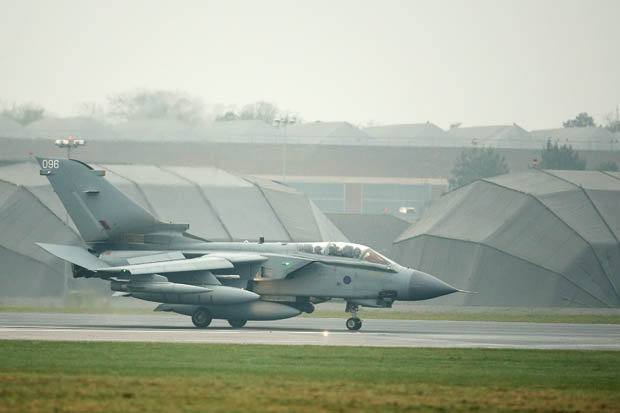 FAST: The RAF Tornado aircraft can fly up to three times the speed of sound
The RAF Tornado jets will be equipped with the Advanced Short Range Air-to-Air Missile – a supersonic weapon which can blast any aircraft out of the sky.

“No one knows what the Russians will do next”

It locks on to its target using an infra-red heat-seeker and has a warhead filled with 22lbs of high explosive.

The missile will explode on contact or within a certain distance from the target.

Each aircraft can carry four missiles. Defence chiefs believe there is a real possibility a British jet could be attacked or shot down in a dogfight with a Russian pilot. 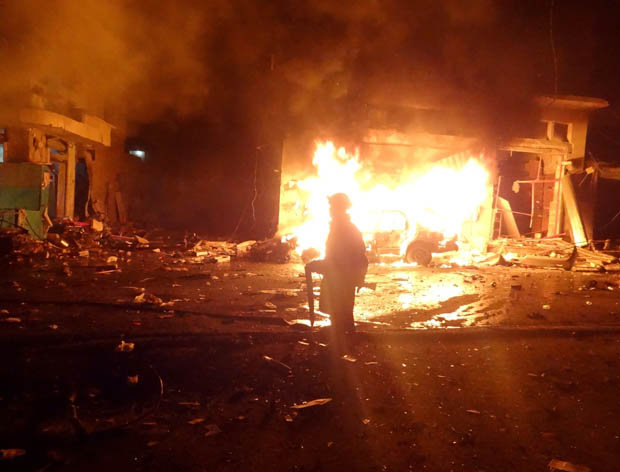 HEATING UP: The aftermath of a missile strike in the Syrian city of Aleppo
RAF pilots have been told to avoid contact with Russian jets at all costs and both US and British mission control teams will do their best to keep them apart.But the pilots have been warned they must be prepared to fire on Russian jets if their lives depend on it.One source said: “No one knows what the Russians will do next. We don’t know how they will respond if they come into contact with a Western jet. 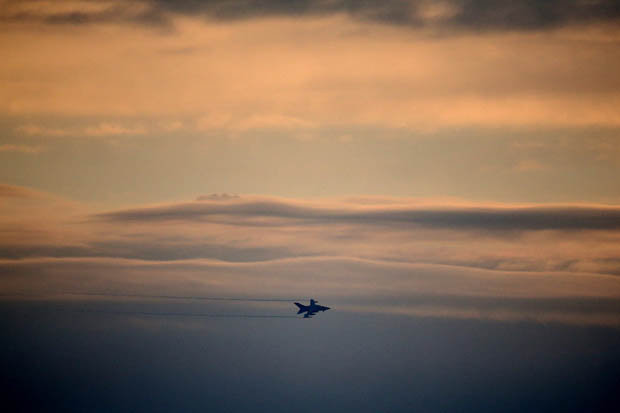 CONFLICT: RAF pilots have been told to avoid contact with Russian jets at all costs
“When planes are flying at supersonic speeds the airspace gets crowded very quickly. There could be a collision or a Russian pilot might be mistakenly shot down.”More than 250 bombs have been dropped by RAF aircrews on Islamic State targets in Iraq.Defence chief Michael Fallon has said the government will try to convince Parliament to extend the bombing campaign into Syria.He said it was “illogical” to attack Islamic State fighters in Iraq but not in Syria.
Source